When the Gaekwad family won the bid to develop a prominent section of downtown Ocala, they knew the finished product had to be spectacular.

“My brother Kunal and I were born and raised here,” says Karan Gaekwad. “My dad, Danny, has been here 30 years. We were looking to create a legacy project for Ocala – something that would inspire others to continue to invest in this community.”


What they’ve created is a downtown hub for fabulous dining and nightlife, anchored by a custom-designed Hilton Garden Hotel. 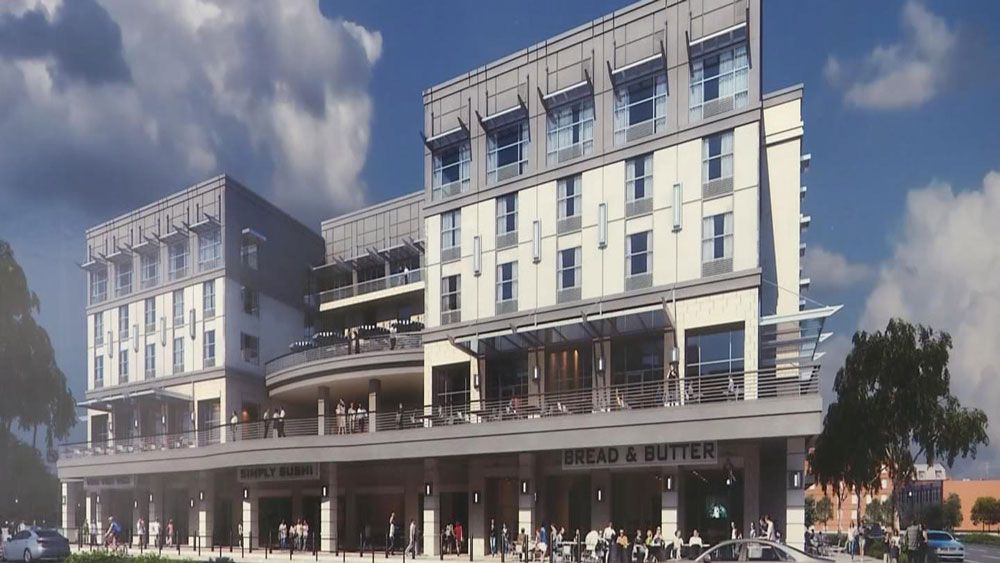 “This has been needed for so many years,” says Gaekwad. “A lot of planning went into this project. Every other week a better, new idea would come up. After much discussion, the plan was finalized.”


A project four years in the making, it’s the culmination of community input, inspiration from travels and the latest trends.


The first floor houses the 12,500-square-foot food hall that features nearly a dozen cuisines, from vegan to meat lovers. The prices are on point, with dishes averaging around the $10 range.


”Each restaurant will offer a select menu to choose from,” says Gaekwad. “This is a European concept that is really starting to gain popularity in the United States. Guests won’t see the kitchens, but the finishing touches to the dishes will be completed in front of them.”


With seating for 200-plus, the décor will be decidedly high end and luxurious. A block-long pet-friendly outdoor patio will be comfortable year-round - warm in the winter and cool in the summer. The first floor will also house a year-to-be-determined sit-down restaurant and a pub brew, which is being designed by a gentleman from Holland.


The second-floor lobby will feature an upscale equine theme, complete with donated trophies and mementos from winning horses from the Ocala area.


“There is a disconnect between the equestrian and business communities,” says Gaekwad. “We hope to bring them together to network and appreciate each other.”


An indoor-outdoor bar will feature a balcony created by Rob Floyd of Bar Rescue fame.


“It’s going to be fantastic,” says Gaekwad. “He’s also crafting cocktails specific to the Ocala area and incorporating other creative ideas to really bring the space to life.”


Live music will be offered nightly on the second floor in what Gaekwad calls an “upscale business-casual setting.” The second floor will also house conference and banquet space, in addition to the hotel’s gym.


Behind the hotel, the courtyard will include apartments and several more restaurants, plus event space. Floors three through five will feature the hotel’s 107 guest rooms. A soft opening is planned for late February or early March. Stay tuned for an inside look.


“There’s nothing like this in Ocala,” says Gaekwad. “It will be an amazing experience for visitors to our community and residents alike.”

To continue searching, you must agree to the Terms of Use.

For the best experience, please provide your cell phone number and select accept below to opt-in to our Terms & Conditions and Privacy Policy to begin receiving text and voice communications.

or make a new notebook

Search the full MLS and Exclusive Property Listings.
(Prices and inventory current as of May 25, 2022)

See local market activity affecting the value of
your home & maximize your investment.

We just need your phone number to finish creating your account.